Rob Kinsey - motocross racer, fan and award-winning motorcycle artist
A motocross racer and fan for many years plus training as an illustrator paved the way for Rob Kinsey to launch Rob Kinsey Art... bringing fine art-quality to the most exciting sport on Earth!

In the 1980s Rob's love of U.S. supercross and motocross saw him launch a successful dirt bike video business which meant he became close to many of the legendary riders of the era like Ricky Johnson.

His intimate knowledge of the sport and excellent artistic skills meant he won the accolade of worldwide Artist of the Year in the prestigious RacerX Magazine's annual awards in 2006. 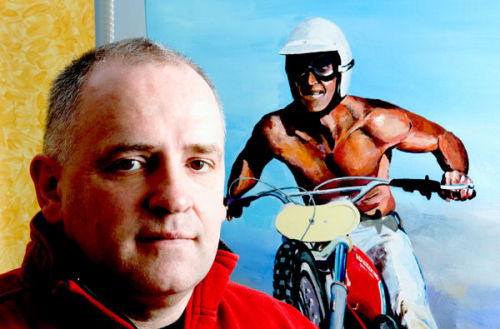