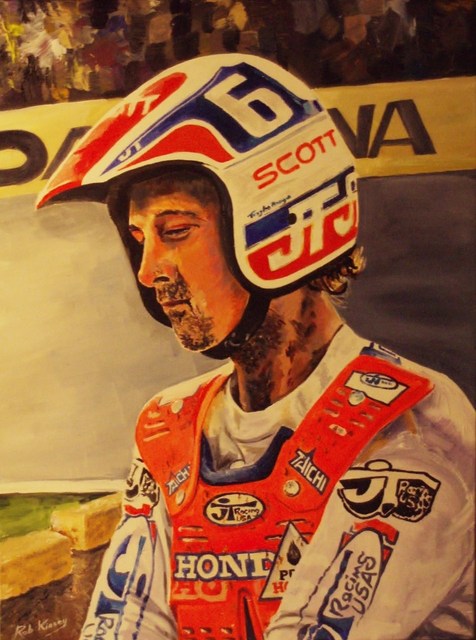 Just completed this new study of Supercross champion David Bailey. Pictured seconds after the race in which he fought from a first corner crash back to second place. The race was won by his Honda team-mate Rick Johnson. You can sense the disappointment in his face, covered in sweat and dirt from a hard race. I like the way the late afternoon sunshine is reflecting the colour of his flouro orange JT racing chest protector up onto his face.

Here’s what David had to say about the painting.

“Looks great. That’s 1986 and I just blew it and got 2nd. I wasn’t stoked, but I rode good. Johnson won. You really captured how bright that stuff was!
Thanks for doing this! Nice job.
db
Original has now been bought by ONE Industries.