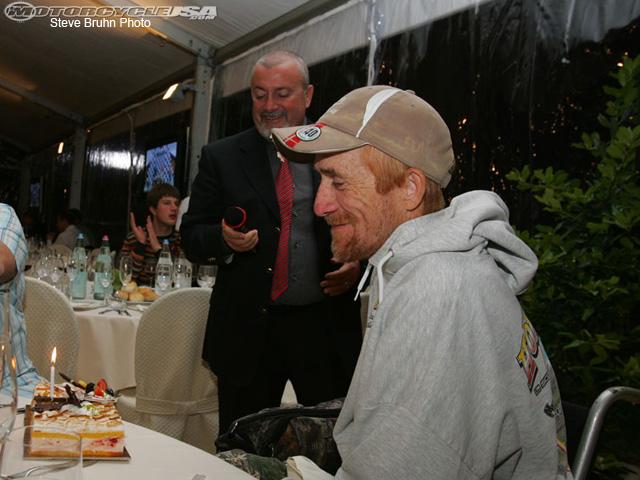 Magoo on his 50th birthday.

Motocross icon Danny "Magoo" Chandler sadly passed away on May 4th at his home in Northern California.
Magoo was a true legend in this sport and in 1982 on works Honda's won the USGP carlsbad, Superbikers Carlsbad and all 4 moto's of the Trophee & Motocross des Nations.
Sadly he was paralysed from a freak accident at the Bercy Supercross in winter of 85 after he won the French 500cc Grand Prix, beating the might of the works Honda team.
The years after were rough for Danny, his dad died and marriage broke up but he imersed himself in organising events and teaching youngsters on safety.
I was lucky to meet up with Danny at Budds Creek MXoN and we became good friends and I helped him to come to England and last year in Italy for the MXoN where he celebrated his 50th Birthday in a surprise party.
There will never be another Magoo and he will be sadly missed.